“FeedMore WNY worked through the storm and did amazing work to ensure the most underserved in our communities are getting the food they need. In even the coldest of weather, the people of Buffalo find a way to warm your heart, so we are proud to give resources to FeedMore to expand and continue,” Senator Schumer said.

“I am amazed by the work and the courage and generosity that the members of FeedMore WNY have shown throughout this difficult time,” Senator Gillibrand said. “Now, as we work to recover and rebuild, we want to make sure that they have the resources that they need.

The expansion of FeedMore WNY’s programs and spike in demand for services have led to a situation where our facilities are stretched far beyond their capacity. FeedMore is currently renting or borrowing nearly 30,000 square feet of additional space to continue operations and meet the growing need for food assistance.

Food insecurity is a pervasive problem in Western New York, and hardships like the devastating winter storm only exacerbate the need for food assistance. In FeedMore WNY’s four-county service area, one in eight people are food insecure, which is 25 percent higher than the state average.

In the past nine months, our partner food pantries across our service area have seen an 11 percent increase in the number of people they serve monthly. Furthermore, we know that percentage is even higher in many corners of our community. Eight of our partner pantries within a mile radius of the Tops on Jefferson Avenue – the site of the horrific mass shooting on May 14 – have seen a 60 percent increase in the number of people relying on them for food assistance.

The S.B.C. Foundation, one of FeedMore WNY’s partner food pantries in Lackawanna, has experienced a 43 percent increase in monthly clients. Rev. Mark Blue is the president and founder of the S.B.C. Foundation as well as president of the Buffalo NAACP. He said he continues to see an influx of new clients who rely on the S.B.C. pantry for support.

“One of the things that I look at, especially as the president of the NAACP, is that hunger doesn’t have a color. It affects us all – every class of individual, economically [and] socially,” Rev. Blue said. “We are facing a tragic storm of food insecurity, and it’s incumbent on all of us to do all we can to overcome that particular storm.” 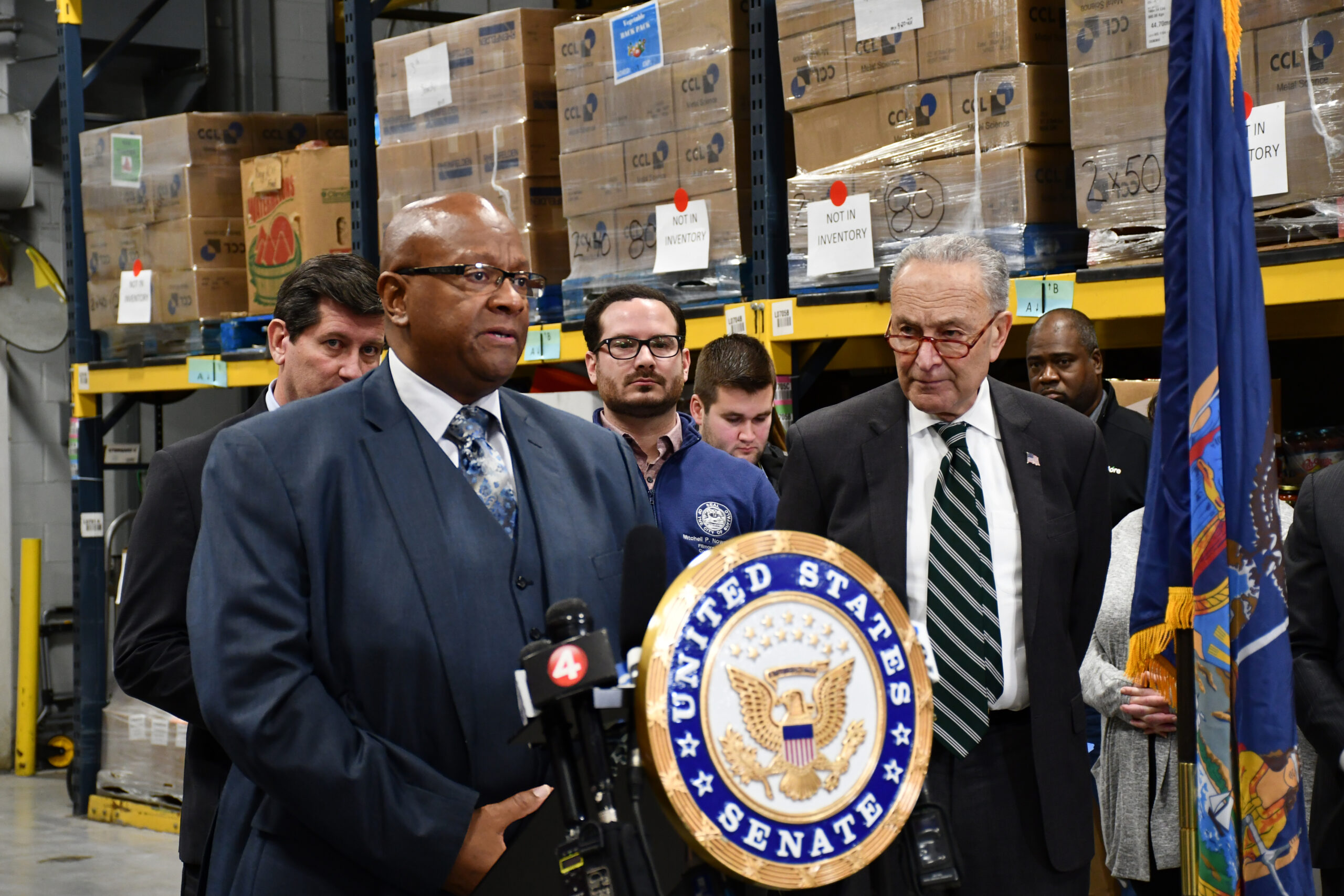 Rev. Mark Blue talks about the increase of people seeking food assistance at the S.B.C. Foundation, one of FeedMore WNY’s partner food pantries in Lackawanna.